It's officially Sunday! Eight more hours to go until Blogathon '14 comes to a close. These hours are the hardest, but I'm still trucking along -- thanks to an insane amount of caffeine.

Anyway, I'm one of those people who is really into baby books. I do a great job at documenting things online (obviously), but there's something about a hard copy baby book that I just love. I kept up Ethan's baby book until I filled out the last page when he turned one. I began to keep up Wylie's, too, and can't help but notice how thin it is in comparison to Ethan's. There wasn't much to write about other than pregnancy cravings and doctor's appointments. There wasn't much to shove into the pockets other than footprints and handprints and ultrasound photos. There were the pictures of Ethan painting her nursery and then there was nothing. There were blank pages. There were no more memories to be made.

That's the thing about loss. It's permanent. You don't get to add things anymore and it sort of helps you see the world in a different way. We've been having bedwetting issues with Ethan at nighttime and I don't even care. I will launder sheets until he's a teenager if it means he is here giving me things to add to the laundry pile. You began to cherish all of those things, vomit and puke and tantrums in public places, because there's always something worse. There's always losing the child to do those things.

Wylie's nursery is still exactly as it was when she was alive and we thought she would be coming home with us. The clothes are hanging in the closet, organized by size. The glider sits with no one to rock in it. I've thought often about what to do with her things. I don't know that I could ever part with them. They were hers, after all, even if she was never able to wear them or use them.

My father has a steamer trunk of his things that has sat in our garage for as long as I can remember. I always loved sitting with him and looking back at all of his childhood memories. Wylie will never have a family to sit around and look at her things, but I want to. I want to keep them and breathe them in and remember what could have been, what should have been. They were her things and no one can take that away from her, as irrational as that may sound. Is there really any rationality in losing a child?

But her baby book. I want it to grow. I want it to be thick like Ethan's. I want to add things and memories. Sometimes I pay it forward for Wylie. Sometimes I just want to write something to her that I know she will never read. Sometimes I just want her name, her memory, something about her to stay here. This Blogathon is a little bit like that. All that we raised, all that we did for The Compassionate Friends, it'll all go in her baby book because it was her that inspired me to do this. It is her that continues to inspire me to do so much.

Yogi Tea are a second year Blogathon sponsor and I am always so grateful for their support. Yogi Teas are of the finest quality, sustainable and so good for you. They have graciously offered a donor the chance to win an entire case of their teas. 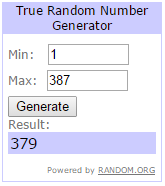